Get Up to 25% Off Your Next Project – Click to Learn More!

BATHROOM REMODELS: WHAT LIES BENEATH….

homeBATHROOM REMODELS: WHAT LIES BENEATH…. 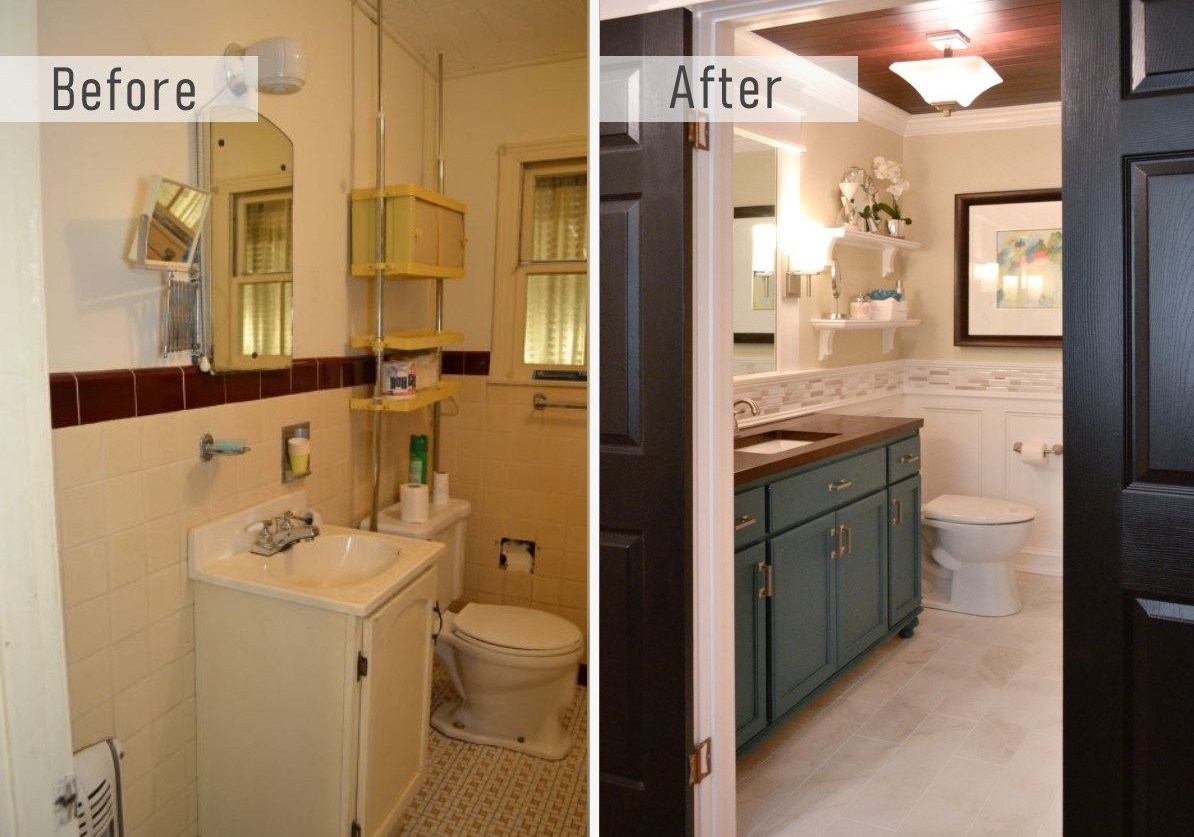 BATHROOM REMODELS: WHAT LIES BENEATH….

Last week, we talked about the pipes behind the walls and underneath your home. This week, we talk about how this can affect the first thing homeowners usually remodel in a home: bathrooms!

Bathroom of your dreams? Or a financial nightmare?

So, you want to join the millions of Americans who’ve remodeled their bathrooms? Good! Because BEFORE YOU DO, you have to know what you’re potentially getting into. If your home is older, you may end up finding out that your plumbing is outdated.

A bathroom renovation presents a great time to deal with old, outdated systems, things like corroded cast iron or galvanized drains and water supply lines. As we discussed before, galvanized pipes are steel water supply pipes that have been dipped in a zinc coating to prevent rust and decay. They were commonly used until the 1960’s as an alternative to lead pipes, which later were found to cause health risks as hazardous debris would enter the water passing through. Galvanized pipes are not that much better, however. Years of water exposure creates corrosion and rust on the inside of the pipe. Copper and zinc deposits in an unhealthy quantity can enter your drinking water and pose potential health problems.

As important as it is, there’s more to consider with galvanized pipes than the wellness factor. Galvanized pipes have also been linked to uneven distribution of water, lower water pressure, discolored water and leaking due to age. Overall, you’re better off without them. With that said, the age of the existing plumbing will greatly affect the cost of the upgrade work.

In a galvanized or cast iron system setup, many cast-iron drain systems are on their last legs, but because cast iron comes in varying grades, its deteriorated condition may not be obvious. Cast iron rots from the inside out, so it may look okay but actually have very thin walls that could fail at any time. Tap the pipe somewhere other than the hubs with a steel wrench or heavy screwdriver: A change in tone frequently indicates either a buildup of solids within the pipe or thin walls caused by corrosion. In either case, the pipe may need to be repaired or replaced.

Galvanized pipes are usually ready for replacement when the bathroom is ready for updating. Plan on replacing the entire pipe run, because old threaded galvanized pipe joints are usually frozen tight from corrosion and can’t be disassembled without breaking. If you call us to remodel your bathroom and you have galvanized steel or cast iron, ProChoice will work with you in order to remove all of your old steel and cast iron plumbing in order to make your dreams come true. It’s better to remove and replace than to repair: The potential problems can far outweigh the benefits of saving the pipe.

AND IT’S NOT JUST GALVANIZED STEEL AND CAST IRON PIPES!

Copper supply lines can also fool you. In some areas of the country, mineral deposits from hard water will cause copper lines to corrode from the inside out, much like cast iron and galvanized pipe. This is especially true if thin-wall (type-M) copper tubing was used.

Plastic water-supply pipe presents different problems. Polybutylene pipe has been banned for years in most areas of the country, but you may find existing installations that are still in use. In this case, your technician will know whether code requires this piping to be replaced. Newer systems plumbed with cross-linked polyethylene (PEX) should pass muster. Our team will do what it takes to make sure that everything works in your newly remodeled bathroom.

Now don’t let all of this deter you from getting the bathroom of your dreams! The experts at ProChoice Solar and Construction will do their due diligence to make sure your bathroom dreams become a reality with a cost you can live with. Give us a call today at 407-454-6146 and schedule your free estimate today!

Thank you for scheduling a Free Estimate of your project with ProChoice Solar and Construction. Please complete the form below.

Schedule a complimentary Home Energy Evaluation and receive a $25 Home Depot gift card to go towards your energy upgrades.